The man behind the drums. A conversation with Radu Pieloiu

Radu Pieloiu is one of the most dedicated and ambitious drummers I had the pleasure to meet. Based in Timisoara, active in four different projects - BRUM, Helen, Sebastian Spanache Trio and Alexandrina, playing either jazz or electronic music, Radu is always smiling.

Being at some of his concerts I realized he managed to develop his own way of composing the rhythm, a kind of tricky one. He lets you think he is complicating the pattern and when you think you got it, he comes and decompress the whole structure and let the track breath. It is nice to see a drummer who brings jazz elements into electronic music with such ease and joy.

Following his latest release with BRUM, a project he is playing alongside Catalin Vastagu and Anghel Mailat, I invited Radu for a talk about the The Spot Ep and his life as a musician from Timisoara.

I would like to begin by asking you to introduce us in the atmosphere of Timisoara and how BRUM fits into the city's landscape?

Timisoara is a special city, is somewhere between east and west, from musical influences to the people life-styles. Sometimes I find myself trying to understand everything about the city, but then I realize I got lost, so I start again. BRUM, as a group, is really connected with the city as here we rehearse, compose, put everything “on track “ and then we take the story further, touring with our music!

Going deeper into the sound of the city, what can you tell us abut Made in TM project?

Made in TM is a group of very cool people, artists from Timisoara with different cultural and media backgrounds who decided to help the underground movement of musicians and artists in Timisoara. They are promoting both new and established musicians from our local soundscape. It's a nice vibe, we all kind of know each other anyway. Made in TM’s actions are very bold, some very nice ideas put into practice in a truly sincere way. One of the products of this project is the annual compilation that includes only bands from Timisoara. I believe this is a good starting point in putting some accent on local music. We definitely need this sort of action, especially in a country such as Romania where all the music scenes are still undeveloped. Big up to all Made in TM team!

Besides other projects you are involved, what are the other Romanian bands you feel a connection with?

I think we can exclude all the bands in Timisoara. We are really friendly and most often we try to support each other, even if it means only attending a concert or buying the album. We constantly go to our friends' concerts or meet on stage at different events and festivals. Around the country we can’t say that we have bands we are extremely close to. There are many musicians who greatly appreciate what we do and we have their praise. We are trying do some concerts with Dream Diggers soon. We’re hoping it will happen at some point.

The Spot is your latest release with BRUM, how would you describe it?

Totally different from our first album, Today. The songs feel more ventilated, calmer, we like to think that we've grown and matured, not just musically. The title tune has gone through many transformations, it's actually a pretty old song that I've played a few times before. We left it out of our sets with the intent of resuming the work at some point. Well, we finally did it and we were unable to pick one song we liked more.

Overall, the 4 tracks and the new BRUM direction, if I can call it like that, come after a time in which we composed and played with a production featuring vocals in mind. We have not given up on that idea, and, as you can hear on the Ep, we actually have vocal collaborations with Emanuela Alexa (EM) and Gabi Szorad.

There is a mix of genres and subgenres in BRUM music. How do you work this out?

We listen to a lot of music at home and we clearly have different preferences. One can come up with an idea that might sound as funk, but the others come and say to change the tempo and drop a dub beat on top and then we may also throw in some drum and bass and it all leads to a BRUM 'melange'. When we compose together we like to step out of the music style paradigm and just get lost in the moment.

I know you are working on a new video for the song The Spot. What can you tell us about this and how are you planning to promote it?

We do not know for sure if The Spot will be the first song we will do a video for. We have two songs that we would like to promote but haven’t planned the release order, yet. For the moment, we are working on the radio edits for these songs as they will be in some radio station's playlists. We will see how people respond to them and decide after. Anyhow, by summer time I am sure we will have at least one new video up.

Do you have any plans for doing sound design or scoring for movies? Would you like to work on a specific title?

We haven’t done this so far, we didn't have the chance, but we would gladly do it if an opportunity such as this will occur. Catalin who plays synths and guitars in BRUM would like to work for Jim Jarmusch's films, for example Coffee and Cigarettes.

When is the song with Vita of Blazzaj and Implant Pentru Refuz coming out?

Haha, you found out about that quickly. News travels fast. With Vita we met and jammed last year before we knew that we would release The Spot Ep. The song was almost finished, but he had some medical problems and we couldn't meet for a fairly long period. We haven’t abandoned the idea, I am sure we will finish that song or do another.

Are you planning any gigs outside Romania for BRUM?

We take it into consideration, which is the first step. We are often hit with the question: 'Why aren’t you playing outside Romania? '. If it only were that simple... but we promised ourselves we will try harder to find gigs also outside our borders.

What about the other projects you are collaborating with, Sebastian Spanache Trio, Alexandrina and Helen, when each started and what news you have for each?

I joined Alexandrina’s band in the autumn of 2015 and, ironically, we do all rehearsals in Timisoara, as all the band members, except Alexandrina, are based here. On the other hand, playing in Helen project takes a lot of voyages to Bucharest, but is a nice vibe and I do it as much as the time allows me to. With SS3 (Sebastian Spanache Trio) I play since 2012. It's a jazz trio and we are very excited about our latest album, The Furnace, released this year on 23rd of April.I have to mention a very good concert that is stuck in my mind. The 10 years tour anniversary with Alexandrina at Timisoara National Theater Hall (2016). So many friends, acquaintances and family in a room that I am so connected with. It really was something very special for me.

You play in four different projects, do you still have time for a personal life outside of music?

I will answer this with a question: What personal life? I don't really know much about it. Even when I am not having band rehearsals or concerts planned in the near future I still go to study, I still stay in contact or think about music. From planning future gigs to signing contracts at 1 AM in the night, music and its surroundings is all I do.

Are you expecting any new albums this year?

We had big fights about this, but all of us would love to hear another album by Jimi Hendrix. 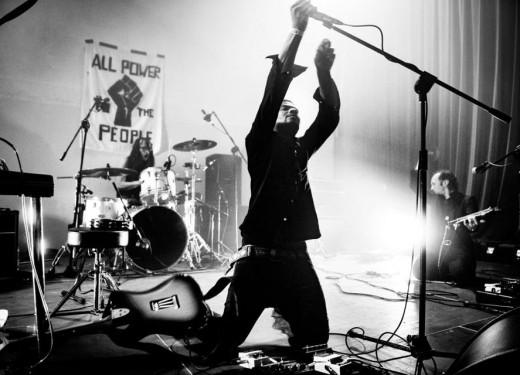 Interviews
01.03.2019
In conversation with Algiers
Algiers is an experimental American band from Atlanta, Georgia, that labels it’s sound as dystopian soul. This is a transcontinental affair as the project’s members met and played together in the United States but the band was officially formed in London. Their African country name evokes the anti-colonial struggle, symbolizing a contested space where violence, racism, resistance and religion commingle. 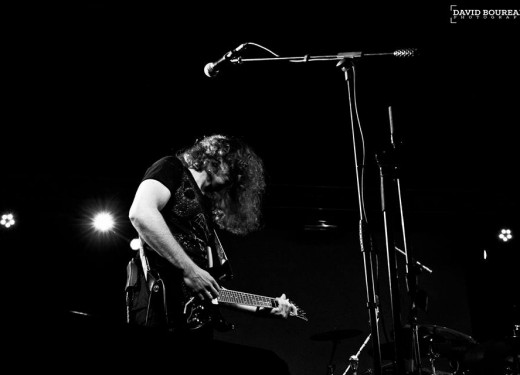 Interviews
04.12.2017
A journey into cosmic rock music with Bogdan Cretu
Sound wise, I believe the best way to describe Noua ani lumina's sound is by saying it is a space rock journey. Imagine yourself being in a space shuttle and travelling through the vast infinity of the cosmic space. 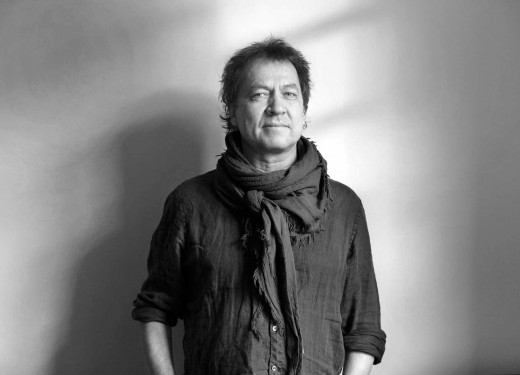 Interviews
16.01.2019
A conversation about dub music with Nils Petter Molvaer
I had the pleasure to meet and talk with the Norwegian trumpet player Nils Petter Molvaer at the 22nd edition of Garana Jazz Festival, where he performed alongside the reggae legends Sly & Robbie, and his Scandinavian collaborators Eivind Aarset & Vladislav Delay.

Interviews
29.01.2020
A conversation with the artist Lukasz Rusinek from Paprika Korps
Lukasz is a multidisciplinary artist and my conversation with him took a nice detour touching all kinds of subjects related to arts - the local visual art and the history of the Polish poster, the legacy of Polish art cinema, music, Paprika Korps albums, and the Karrot Kommando record house.

Interviews
09.04.2019
Interview with Chrysta Bell
Chrysta Bell Zucht is one of the most interesting singer-songwriter in the American indie scene. With a musical studio experience dating since childhood, Chrysta's musical career was full of surprising experiences: she was a vocalist and composer in the 8½ Souvenirs swing jazz band, with albums released on the prestigious RCA Victor label.

Interviews
13.06.2018
A conversation with Oana Pop, drummer at Lights Out
Oana Pop is not only a truly talented musician, but she is also a great person with whom I had the pleasure to talk about music, creativity and new projects. She is one of the drummers I always liked to watch performing.